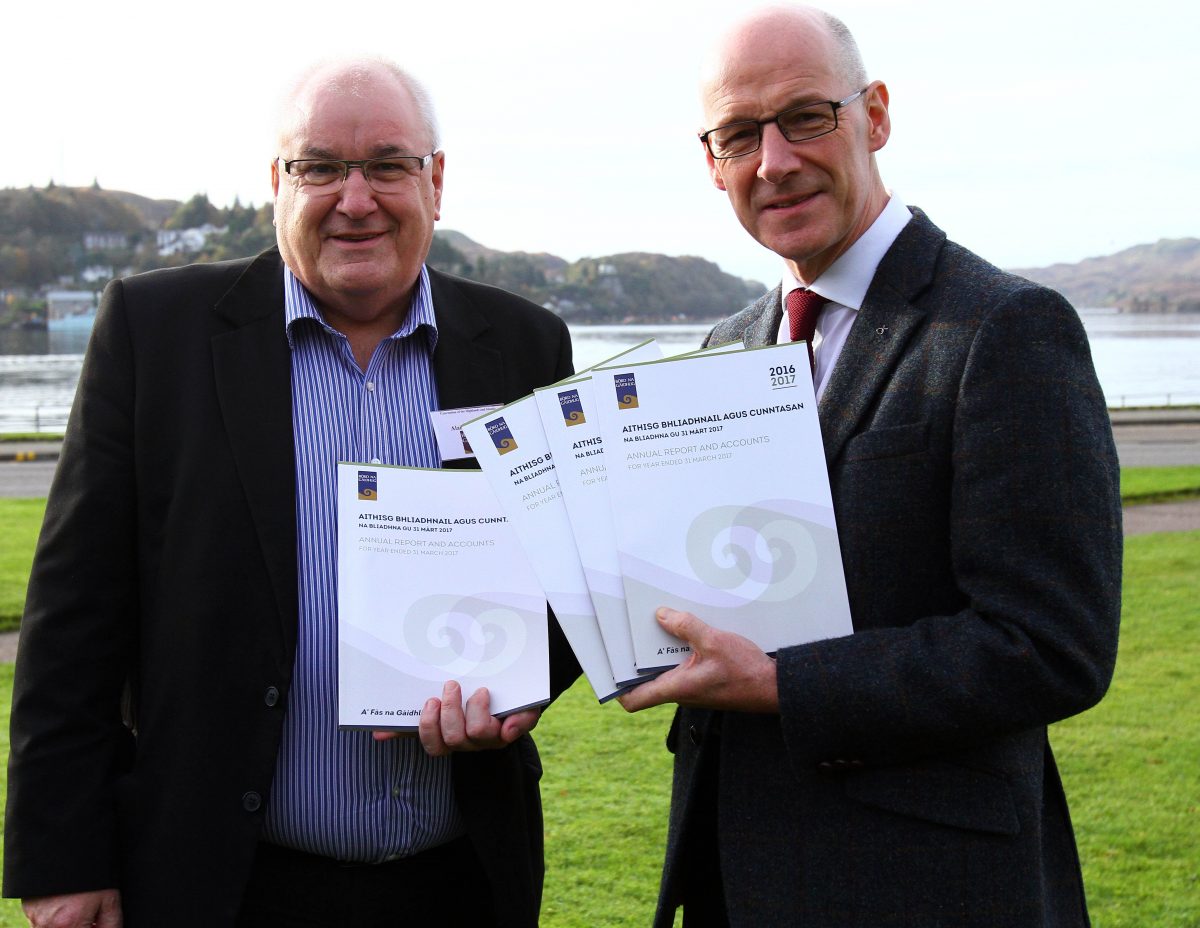 The 2016-2017 Annual Report of Bòrd na Gàidhlig, the principal public body in Scotland responsible for promoting Gaelic development, has been published today (Monday 30 October) at a meeting of the Convention of the Highlands and Islands in Oban.

The report highlights the key developments undertaken by the Bòrd over the past year which have included the development of the third National Gaelic Language Plan; the Gaelic provisions of the Education (Scotland) Act 2016 being implemented; collaboration with a growing number of public bodies on the production and implementation of Gaelic Language Plans; support for the promotion of Gaelic language, music and culture nationally and internationally; support for early years and Gaelic medium education; the provision of funding for professional development for teachers and for students undertaking teacher training.

Key outcomes highlighted in the Annual Report include:

Commenting on the Annual Report Allan MacDonald, Chairman of Bòrd na Gàidhlig said “Bòrd na Gàidhlig, working together with the Scottish Government and key partners and communities throughout Scotland, continues to present a strong and positive case for the increased use of the Gaelic language and culture, its development and its promotion. We increasingly recognise the importance of Gaelic to the Scottish economy, to the levels of attainment in education and to increasing community confidence and empowerment. While there are undoubtedly some major challenges to be faced, there are also opportunities and as a Board we are confident that, by working together, these challenges can be met and the opportunities taken. The Board wishes to place on record its thanks to the many people and organisations in communities all over the country who work towards a sustainable future for Gaelic. We will continue to support them, in conjunction with key partners, so that the Gaelic language and culture continues to make progress.”

Deputy First Minister John Swinney said: “I welcome Bòrd na Gàidhlig’s Annual Report, which highlights a number of key initiatives it has supported over the past year. In particular it is encouraging to see increasing numbers of children in Gaelic education and solutions being provided to address gaps and support existing provision, such as the e-Sgoil. I look forward to seeing this success built upon as Bòrd na Gàidhlig develops the next National Gaelic Language Plan.”

Allan MacDonald continued “Launching Bòrd na Gàidhlig’s annual report in Oban at the Convention of the Highlands and Islands is particularly appropriate for a number of reasons – Argyll has been the cradle of Gaelic language and culture; economically because of the opportunities that Gaelic offers for economic growth; and educationally as parents in Oban have been calling for a Gaelic school and Argyll and Bute Council has supported them through funding for a feasibility study from their innovative participatory budgeting funding.”