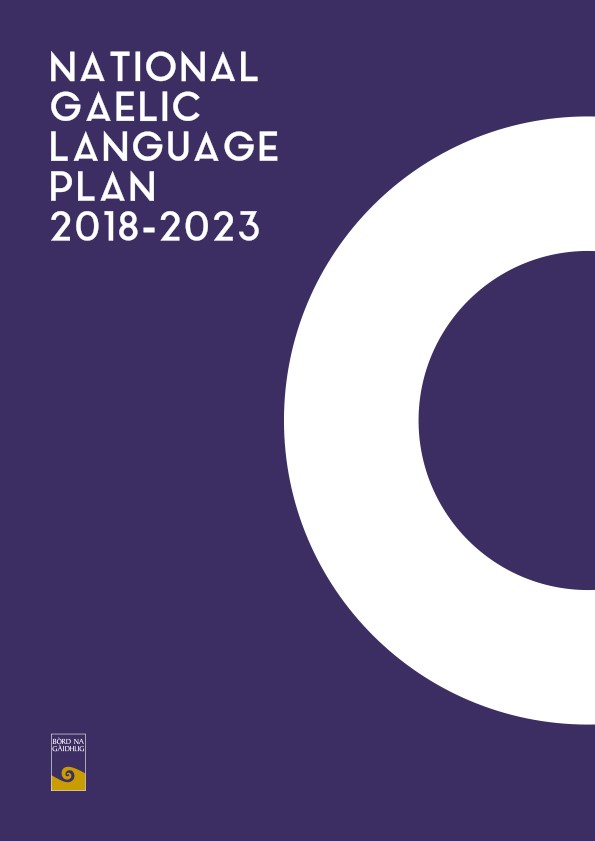 The new National Gaelic Language Plan, which sets out the framework for the faster growth of the language across Scotland, has been launched today (Wednesday 28th March) at the Scottish Parliament.

The central purpose of the Plan is to encourage and enable more people to use Gaelic more often and in a wider range of situations.  The key messages, aims, priorities and new commitments contained in the Plan all contribute to achieving this increased use of Gaelic.  Principal amongst these are the following:

Welcoming the Plan John Swinney, Deputy First Minister and Cabinet Secretary for Education and Skills said “I am very pleased to launch this new National Gaelic Language Plan which reflects Gaelic’s unique and important contribution to many areas of Scottish life. It is vital that we have clear agreed priorities and continue to work together to increase the numbers speaking, learning and using the language. I would like to commend Bòrd na Gàidhlig for the work they have done in completing this Plan and I look forward to the opportunities for innovation, co-operation and progress prioritised in the plan over the next five years.”

The five-year plan is the result of a comprehensive consultation process with individuals, communities, Gaelic organisations, voluntary organisations, and public authorities.  It is the third such plan to be produced by Bòrd na Gàidhlig – the public body with responsibility for the promotion and development of the Gaelic language in Scotland.

Allan MacDonald, Chair of Bòrd na Gàidhlig, said: “The National Gaelic Language Plan 2018-2023 is a plan for the development of Gaelic throughout the whole of Scotland.  Appropriately in the Year of Young People, many of the priorities and commitments in the Plan are focused on increasing the number of young people learning and using Gaelic.

“Bòrd na Gàidhlig, with support from the Scottish Government and across the political spectrum, will work closely with partners and communities in rural and urban Scotland to promote the language.   The opportunities for Gaelic to contribute to Scotland’s economic growth through business, education, publishing, arts, literature, drama, media and music will be pursued and will ensure a positive long-term future for Gaelic.”

Amongst the priority areas for the next five years are:

Among those welcoming the Plan was Comhairle nan Eilean Siar (Western Isles Council). Convener Norman A MacDonald said: “Despite the challenges we face in terms of population, housing and jobs, the Comhairle has taken advantage of the many new opportunities which have arisen through government initiatives such as the Apprenticeship Scheme. This scheme encourages young islanders to earn whilst they learn and study for a degree in a subject which will be advantageous to them and to us in the future. The Comhairle also intends to participate in the Scottish Government’s Housing Scheme and we hope to see more houses being built in communities across the islands. Nearly three quarters of the land in the Western Isles is now in the hands of the community and over the past few years we have seen the impact that community ownership of land can have in terms of boosting people’s sense of identity and realising the importance of their own language and culture.

“The Comhairle welcomes the new National Plan and is pleased to see the emphasis Bòrd na Gàidhlig has placed on communities. We remain committed to supporting Gaelic and will continue to work in partnership the Scottish Government and Bòrd na Gàidhlig in addition to local groups and communities.”

Charlotte Wright, Chief Executive of Highlands and Islands Enterprise, pointed to one of its key themes – the contribution increasing the use of Gaelic can make to the economy of Scotland. “Following on from the research we carried out in 2014, ‘Ar Stòras Gàidhlig’, we fully support the new commitments to increase the links between the language and culture and economic growth,” she said.

“This is particularly important in communities where Gaelic is spoken by a significant number of people and we are working with them to create opportunities to attract and retain people, in particular young people.  Employment in the creative industries, heritage, tourism and food and drink sectors, and in education are all are positively influenced by Gaelic.

“Considerable opportunities are arising from the language’s potential contribution in helping to drive economic growth in the region. We recognise the potential Gaelic has to increase people’s skills, their employability and the confidence to be entrepreneurial and we look forward to delivering our contribution to the growth of Gaelic in Scotland.”

Councillor Fergal Dalton, Glasgow City Council Administration Gaelic spokesman said: “I’m delighted, on behalf of Glasgow City Council, to welcome the new National Gaelic Language Plan and specifically the focus on learning as one of the key areas for growth.

“Our city is a proud and active promoter of Gaelic education and we’ve seen a sharp increase in demand for GME over the last few years and saw the opening of our second Gaelic primary school last year and the recent announcement of the Glasgow Gaelic school annexe opening in time for the new school term in August to address demand.

“Just last week we were celebrating the news that the Glasgow Gaelic School is the top performing state school in Scotland.

“Glasgow is a diverse community and the Council believes Gaelic is part of all citizens’ heritage and the growth in GME and in Gaelic learning across the city shows how widely the language is embraced.”

“Participation in the arts contributes to Gaelic use among people of all ages,” he said. “The arts raise awareness of the language and give some people confidence to learn Gaelic.  The arts are also important in terms of Gaelic’s economic impact with many people earning a living through the creative industries.

“It is through the arts that many people engage with the language and are left with a positive image of Gaelic at local, national and international level through events and the media.  I look forward to collaborating with various bodies to help implement the National Gaelic Language Plan.”