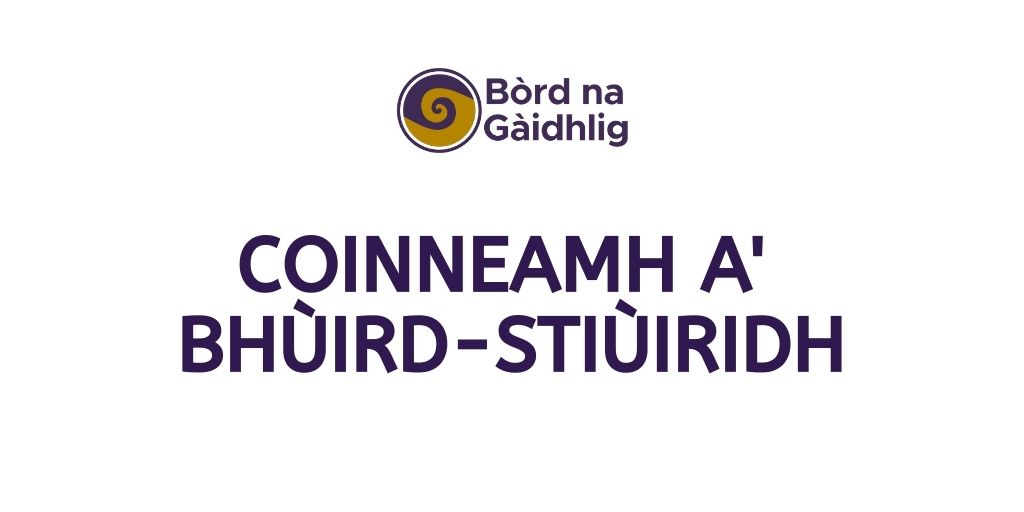 Good news for the main Gaelic organisations funded by Bòrd na Gàidhlig and impressive progress on developing the organisation.

At Bòrd na Gàidhlig’s (BnG) quarterly board meeting yesterday, the board agreed the following:

In line with many other public bodies, the Board agreed to extend the current 3-year funding agreements with delivery partners to a fourth year.  A number of factors are behind this extension including COVID recovery, the development of the next National Gaelic Language Plan, and to allow for an evaluation of the community engagement models .

Bringing the Improvement Plan to conclusion

Following extensive consultation with staff, Scottish Government and the external auditors, and linked to the very positive view expressed by Deloitte in January 2021 that BnG had made significant improvements, the Board heard that there were only 7 actions outstanding on this year’s plan.  Of these, only one was from the original Deloitte report with an original timescale of 3 years.

They viewed the progress made in implementing change as very satisfactory and agreed that the current system could be brought to an end.

The Board also noted a range of reports including:

The second Annual Monitoring Report on Gaelic Language Plans provided a comprehensive picture of progress made by each authority on their GLP.  This monitoring report is an invaluable part of delivering BnG’ functions.

This report demonstrated that in addition to the £1.6m funding provided to the main delivery partners in 20/21, there was additional funding of £569k provided for other initiatives and projects which they partners undertook during the last three years.

In concluding, the Board paid tribute to the work of the staff during the year and stated that they were proud of the team’s work and were very encouraged by it.

You will find the meeting’s agenda and papers here.