Bòrd na Gàidhlig achieved a year of successes, the organisation’s 2019-20 report has revealed. Bòrd na Gàidhlig (BnG) has also come in for praise from their external auditors. 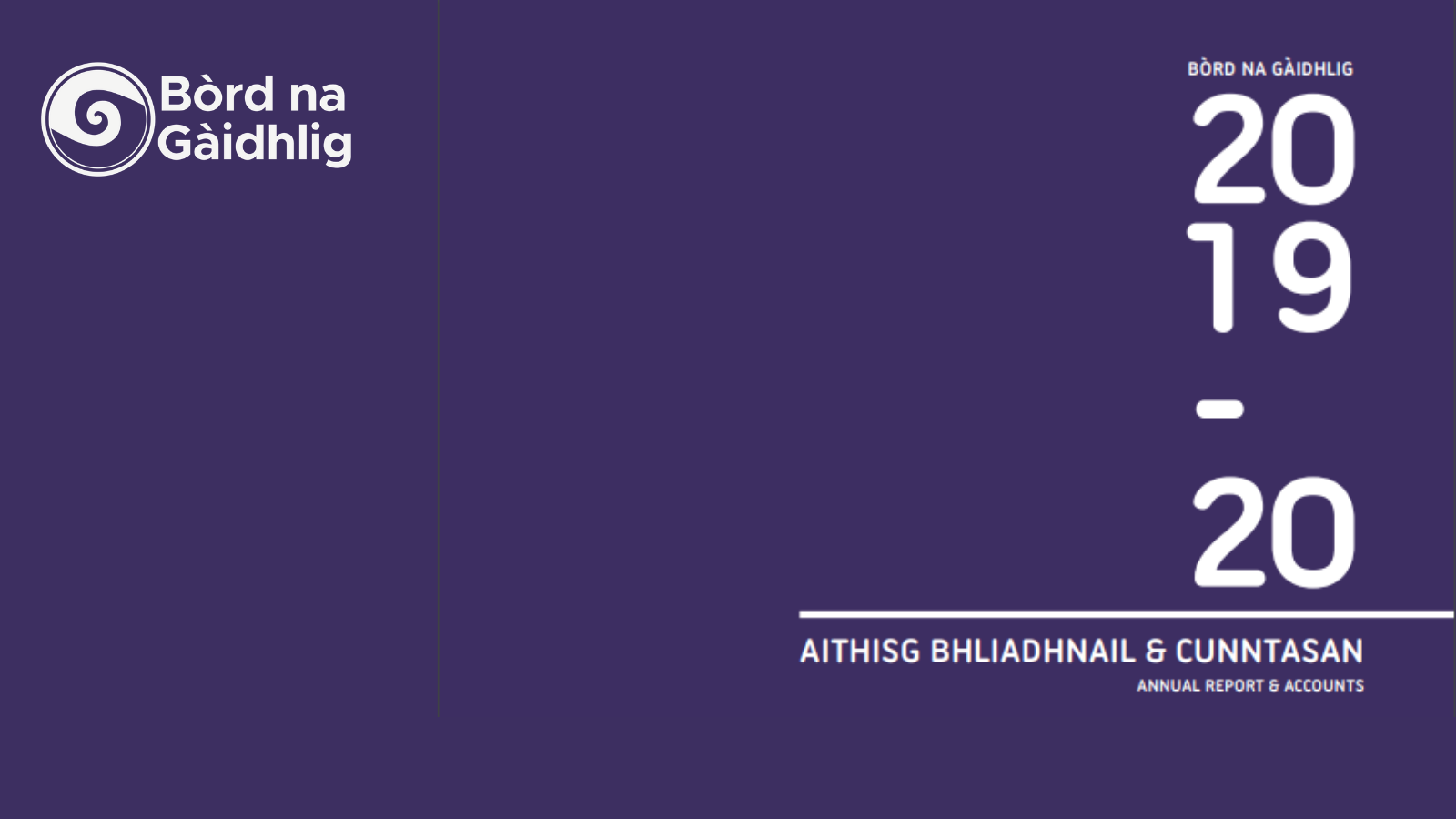 The non-departmental public body has continued its work with delivery partners to increase the use, learning and promotion of Gaelic throughout Scotland, in urban areas and in the traditional communities. An increase of £0.04m of funding to £1.8m has enabled further work in 2019/20.

During the year, one of the exciting new projects established was #Cleachdi, which attracted interest from people of all ages. It is a campaign to encourage more people to use Gaelic more often in more situations, and reflects the overall aim of the current National Gaelic Language Plan. The impressive total of 13.8k promotional items were requested and distributed within the first 4 months of the initiative.

The original scheme then expanded into #Cleachdiaigantaigh / #Useitathome to encourage everyone to use Gaelic at home and, in particular, to support young people during lockdown. This has been valuable in homes where little Gaelic was spoken and this work continues, adding value to language learning.

Mary MacInnes, chair of BnG, said: “We have had an extremely productive year as is evident in the report. The organisation delivered many significant outputs and benefits for Gaelic during that year and made considerable improvements internally. This stood us in good stead at the time of lockdown and as a strong and confident team we faced the challenges of COVID.”

• A significant increase in the number of public authorities developing and implementing Gaelic Language Plans – with a jump from 57 to 68 public authorities
• The stakeholders survey demonstrated that 83% agreed with the view that BnG fulfils its duties effectively and provides support.
• Internal systems were, and are continuing to be, improved with the result that 80% of staff reported that their work was satisfying and made a difference.
• 7 of the 9 KPIs in our Corporate Plan were achieved.
• 73 out of the 85 actions in our Operational Plan were achieved, 8 were partially completed in-year, and the 4 remaining completed post-year end
• An increased range of Gaelic officers in island and rural areas were funded
• An increase in funding to Gaelic hubs in cities to support increased demand for Gaelic.

Bòrd na Gàidhlig has also found praise following substantial improvements to leadership and governance, according to its latest annual report.

The organisation’s 2019-20 report highlighted that external auditors have credited the body for the strides it has taken following the implementation of a stringent improvement plan over the past 12 months.

Shona MacLennan, Ceannard (CEO) of BnG, said: “This was heartening and has given increased vigour to our continuous improvement processes. This year has seen a number of key successes for Bòrd na Gàidhlig. We have made significant strides in developing our organisation and this has ensured we have furthered the development of Gaelic in Scotland.”

The improvement plan identified development in four key areas – governance and transparency, training and development, communications, and value for money. Improvements have also focused upon the internal systems of Bòrd na Gàidhlig, in addition to the continued good work with stakeholders.

Mary MacInnes added: “While this concerning situation regarding COVID-19 continues to have considerable impact on Gaelic there are also fresh opportunities emerging. We aim to ensure progress and security for Gaelic in these unprecedented times through collaboration throughout the country. The many successes to date lay firm foundations for further development and this will require additional funding for Gaelic. By being bold and innovative, we can achieve many powerful and ambitious steps in building Gaelic’s place in a new and different Scotland, with Bòrd na Gàidhlig leading the way.”

Notes to Editors
• Bòrd na Gàidhlig received a total Grant-in-Aid allocation of just under £5.2 million in 19/20 – the financial allocation Bòrd na Gàidhlig is required to operate within by Scottish Ministers.
• £1.6 million covered core running costs, while £2.5 million went to Gaelic development funds – including community funding for people, projects and groups – and £1.1 million towards the Gaelic Language Plans Implementation Fund.