Monday 7th December 2020 marks the beginning of Colmcille 1500, a year-long commemoration of 1500 years since the birth of St. Columba and of his legacy. The year will begin and end on the 7th December, the traditional birthday of the saint. 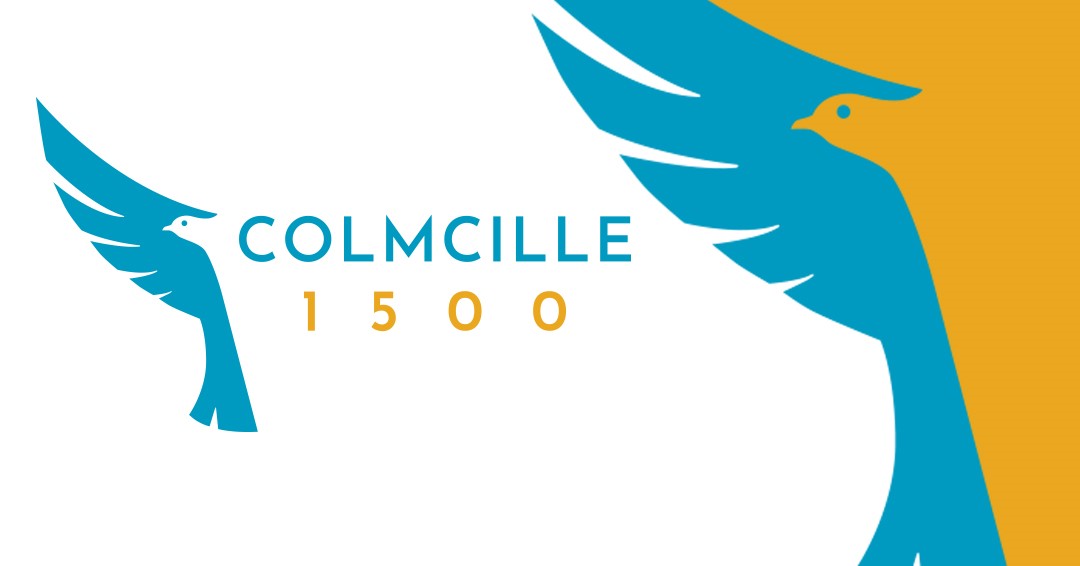 Colmcille 1500 is being sponsored and facilitated by the partnership programme ‘Colmcille’ run by Bòrd na Gàidhlig and Foras na Gaeilge linking Irish and Scottish Gaelic communities.

The monastic communities founded by Columba interacted over centuries with a wide range of peoples in Ireland in Scotland and northern England, and beyond, into continental Europe. The year will be celebrated in many different ways by diverse communities and organisations. Some will focus on the spiritual and religious legacy of the saint; some will be interested in the historical and archaeological angle; whilst others will celebrate the linguistic and cultural links between the Gaels across the globe.

Bòrd na Gàidhlig and Foras na Gaeilge will focus on the linguistic and cultural links between nations, with a range of events planned for launch week including:

• A series of video messages from individuals, groups and organisations celebrating Colmcille 1500 will be shared on the Colmcille Facebook page and on www.colmcille.net
• An online cèilidh will be held on the Colmcille Facebook page to celebrate and showcase both languages, music and culture.
• Bòrd na Gàidhlig will launch their Colmcille fund. This is an annual fund which is open to everyone and supports projects which look to strengthen ties between Gaelic speakers in Scotland and Ireland.

Shona MacLennan, Ceannard (CEO) of Bòrd na Gàidhlig said, “Saint Columba and his legacy have shaped the language, culture and history of Scotland and Ireland and as such, the year is an opportunity to strengthen the ties between the two countries. We look forward to more events throughout the year, with a key event being planned around the Feast of St Columba on the 9th of June 2021. I encourage everyone to take part in these and celebrate in any way they can.”

Some of the events planned for the year of Colmcille 1500 include:
• Showcase Scotland will create a short promotional video about Gaelic in Scotland, with funding from Bòrd na Gàidhlig. This will be aimed at promoters of festivals and cultural events from abroad. There will also be an online reception/presentation (akin to the live Gaelic Showcase in years gone by).
• Bòrd na Gàidhlig and Foras na Gaeilge will encourage Gaelic medium schools to connect through projects from both sides of the Irish Sea.
• Bòrd na Gàidhlig are in talks with delivery partners to create a new online resource for schools which will teach basic phrases in Scottish Gaelic and Irish so that children (and adults) can connect in the language.
• Throughout the year, CHARTS, the Argyll based Scottish culture & heritage organisation, will announce the winners of their monthly arts award scheme and online exhibition to profile and support Gaelic artists work, aligned to themes of Colmcille: https://www.chartsargyllandisles.org/ .

Seán Ó Coinn, Príomhfheidhmeannach Fhoras na Gaeilge said, “With so much emphasis globally on that which separates us, celebrating Colmcille’s legacy in 2021 presents us with a welcome opportunity to accentuate common linguistic and cultural linkages between Ireland and Scotland, and Ireland, north and south. The commemoration planned for 2021 will also allow us to follow in Colmcille’s footsteps and celebrate his linguistic and cultural legacy beyond these islands.

“I look forward to new partnerships between schools, to new contacts between all generations, to new discoveries about the legacy of Colmcille, and to using that legacy of to further revival of local communities.”

In addition to the annual schemes that foster connections between Irish and Scottish Gaelic, Foras na Gaeilge hopes, shortly to announce an additional community funding programme to heighten awareness of Colmcille and his contribution to the linguistic and cultural links between Ireland and Scotland.

Visit www.colmcille.net for details on events.

Join us on social media through the #Colmcille1500 and #Colmcille hashtags and connect with the diverse Colmcille community online. Follow us on Instagram @Colmcille and like @Colmcille1500 on Facebook to keep updated on all our latest news.