Results from the Gaelic Usage Survey 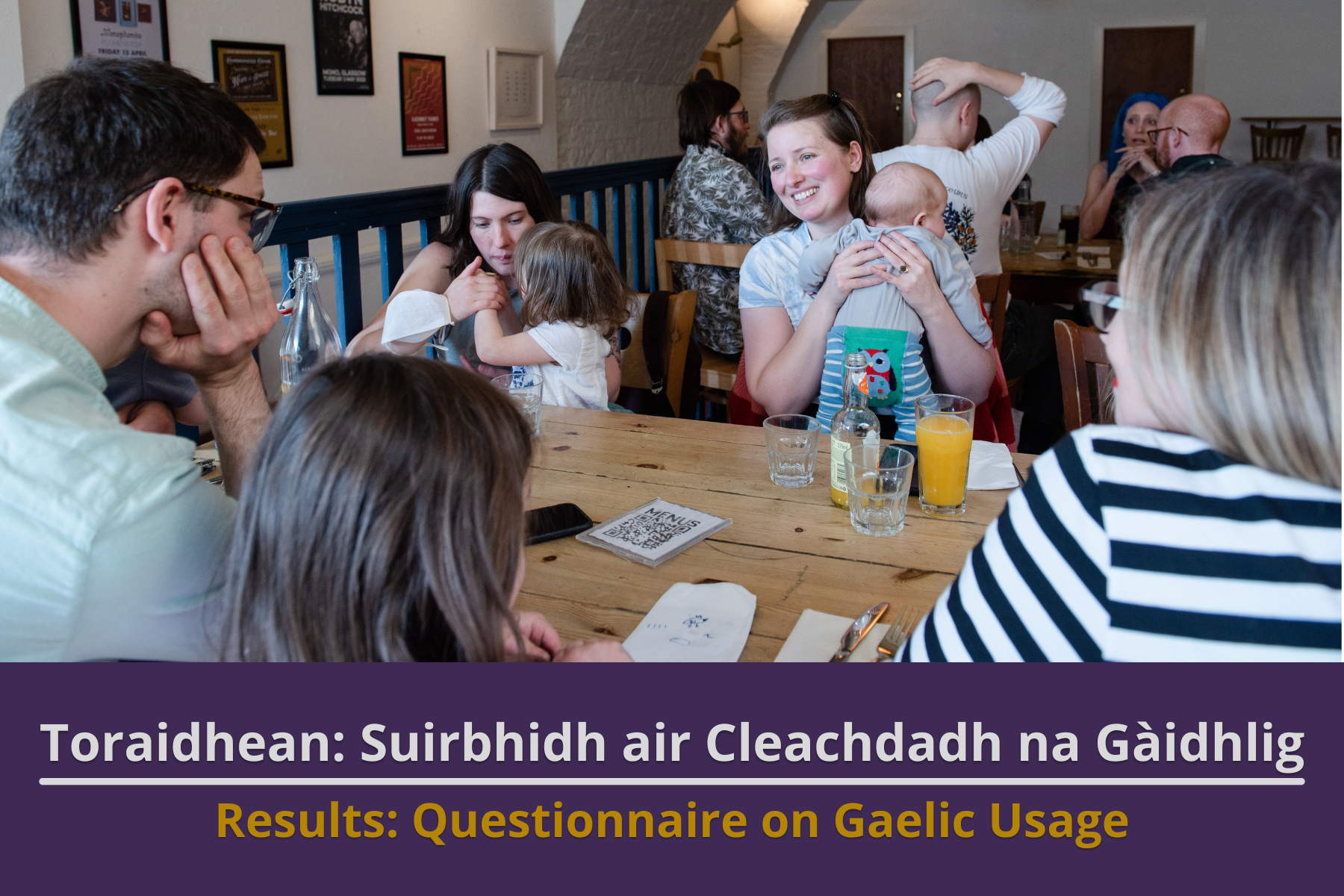 Bòrd na Gàidhlig are delighted to publish the results from their Ceisteachan air Cleachdadh na Gàidhlig (Questionnaire on Gaelic Usage) 2022. This snap-survey was published at 8pm on Sunday 19th June and ran for 24 hours. In that time, we received 761 responses – an increase on the 473 received in 2021 when the same survey was run on the same date. We are very appreciative to every person who took the time to complete this important survey.

The same questions were put to the public this year to enable us to make comparisons on the answers each year.

Amongst the results, 69% of respondents said that they use Gaelic daily.

More than half (50.3%) reported to be using more Gaelic this year in comparison to last year.

People were asked to answer questions around their Gaelic usage in the past year across a range of situations in comparison to their usage last year.

The majority of people said that they use as much (64%) or more (25%) Gaelic in school/university/college/at work.

The majority of people said that they use as much (60%) or more (29%) Gaelic in their communities.

Shona MacLennan, Ceannard, Bòrd na Gàidhlig said: “It brings us great joy to see the increase in Gaelic usage across these various sectors. Although this is a snapshot in comparison to the Gaelic community as a whole, it is very helpful for us to be able to make comparisons on the responses received each year and it also adds to our aims in the National Gaelic Language Plan to normalise Gaelic.”