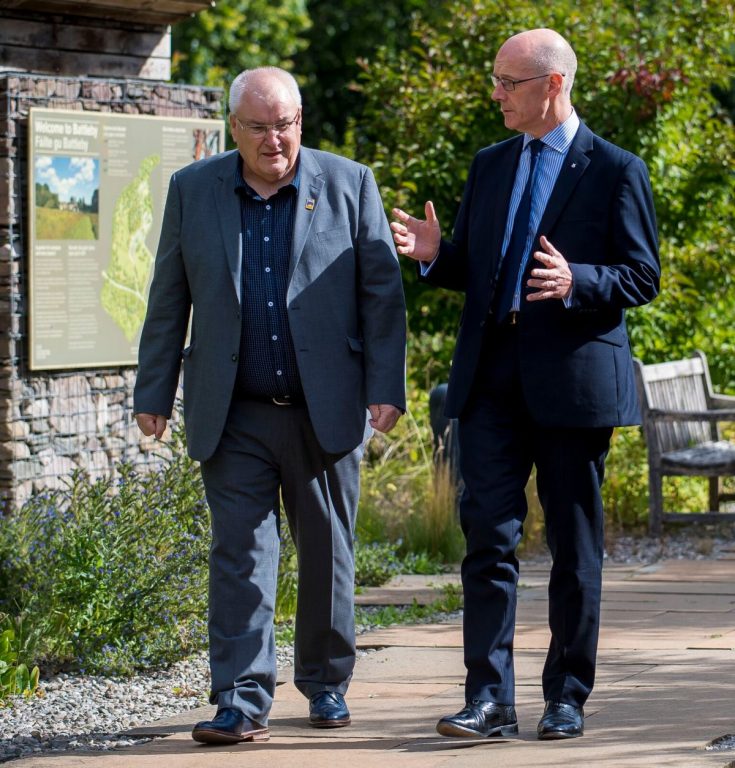 Bòrd na Gàidhlig has today (Thursday 9 August 2018) revealed a series of key commitments from a range of public bodies in Scotland which will significantly accelerate progress in the development and use of Gaelic across the country.

This follows a milestone meeting chaired by Deputy First Minister, John Swinney MSP, in Perth this morning, at which many of Scotland’s key public bodies were represented.

In signing off on this series of pledges, Scotland’s national agency for the promotion of Gaelic language and culture believes that it can engineer a faster rate of progress.

Each will underpin the objectives of the National Gaelic Language Plan 2018-2023 which was launched in April, this year. The new plan aims to ensure Gaelic is used more often, by more people, and in a wider range of situations.

“The Scottish Government has set out a clear mandate for the support of Gaelic. Today’s meeting shows that there is a variety of activities being undertaken by a wide range of public bodies across Scotland in support of the language and it is important that we capitalise upon this to move the agenda forward.

“I am pleased that agreement has been made on these key commitments and I hope that we can all work together to develop further commitments in the coming months.”

“These commitments are to be warmly welcomed. They reflect a deepening commitment from a range of public bodies to Gaelic language and culture in Scotland. Gaelic no longer sits at the periphery of our nation’s consciousness because the cultural, educational and economic benefits are clear.

“These pledges will significantly aid our plans outlined in the National Gaelic Language Plan 2018-2023. We look forward to working with our partners across the country in delivering these innovations for the good of the country.”