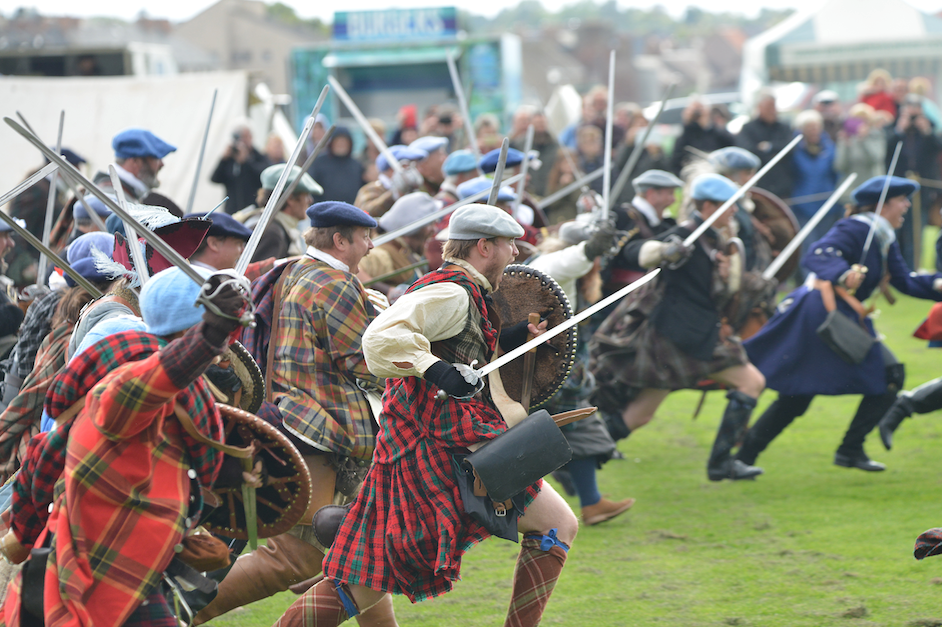 Children aged between 10 and 17 are being invited to take part in a brand new project to mark the 275th anniversary of the Battle of Prestonpans.

Entries in prose, poetry or art and design focusing on the battle will be considered with selected submissions published in a special commemorative book. The project runs from 16th April to 20th December 2020.

Since 1745, the story of the Battle of Prestonpans has fascinated, moved and inspired people from around the world. The dramatic events of the young Bonnie Prince Charlie returning from exile and raising an army of Jacobites to claim the throne and winning against the odds at the Battle of Prestonpans sparked a cultural legacy which continues to this day. The battle is commemorated in songs, poems, novels, paintings and tapestries.

The Battle of Prestonpans (1745) Heritage Trust is a charity that aims to keep this cultural legacy alive. The ‘Victory, Hope & Ambition’ project demonstrates that the creation of new works is just as important as the presentation of the past.

Entries to the project should reflect one of the following key themes:
The prince has landed
A call to arms
On the march
Battle
Victory / defeat
Looking back

Entrants are free to explore these areas from any perspective, including those of both Jacobite and Hanoverian supporters. Written contributions should be no more than 500 words. Entrants can work in groups or as individuals and submit through their school or privately.

Entries are welcome in English, Scots or Gaelic. Gaelic language entries should be accompanied by English translations if possible.

Entries will be published on http://www.battleofprestonpans1745.org and an event in early 2021 will be held for entrants to celebrate their creativity.

Groups looking for inspiration for entries might welcome a tour of the battlefield at Prestonpans and can find out about this at http://www.battleofprestonpans1745.org.

Steven Kellow, Project & Funding Officer at Bòrd na Gàidhlig said, “We are delighted to be supporting this project as it fulfils the three primary aims of the National Gaelic Language Plan 2018-23. We hope that our funding will help children from the area engage with the project through the medium Gaelic and we wish the project every success!”

A programme of events is planned to mark the 275th anniversary of the battle of Prestonpans. These will include a tour of The Prestonpans 1745 Tapestry and a special three-month exhibition in Haddington, and a programme of events showcasing the cultural legacy of the battle. This is supported by the National Lottery Heritage Fund, EventScotland, East Lothian Council and Bòrd na Gàidhlig. As fundraising continues towards a living history centre to mark The Battle of Prestonpans, aspects of the centre’s planned activity programmes will be piloted to research the battlefield’s visitor profile and work towards the fundraising goal required to make this dream a reality.

This project has been designed to fit within a range of school subjects. Here are some examples of where this project may cover the Experiences and Outcomes of curriculum areas: